What an amazing city! I love New York.  D and I recently spent a week there on vacation. We decided to go before Baby Bean arrives in June and as it turned out, February worked really well with our schedules.  Our time there overlapped with New York Fashion Week, the NBA All-Star Weekend, and… freezing cold temperatures (average of about -10 C!).  This West Coast girl is not used to that kind of cold.  At least it was clear and crisp with blue skies, so it was actually quite pretty and it wasn’t so bad as long as we layered up before venturing out. So much for all my careful outfit planning and packing though –  my little leather jacket and stiletto booties didn’t see the light of day, and instead I mostly just wore my warmest clothes and a hat the entire time. Oh well, I’m not complaining one bit. It was a wonderful trip and I’m so glad we were able to go!

As for what to do in NYC, there are whole websites devoted to this topic and it’s really hard to cover off in a little blog post. However, I’ve tried my best to sum up what we got up to while there and to compile a list of recommendations in case you find yourself in the Big Apple anytime soon. 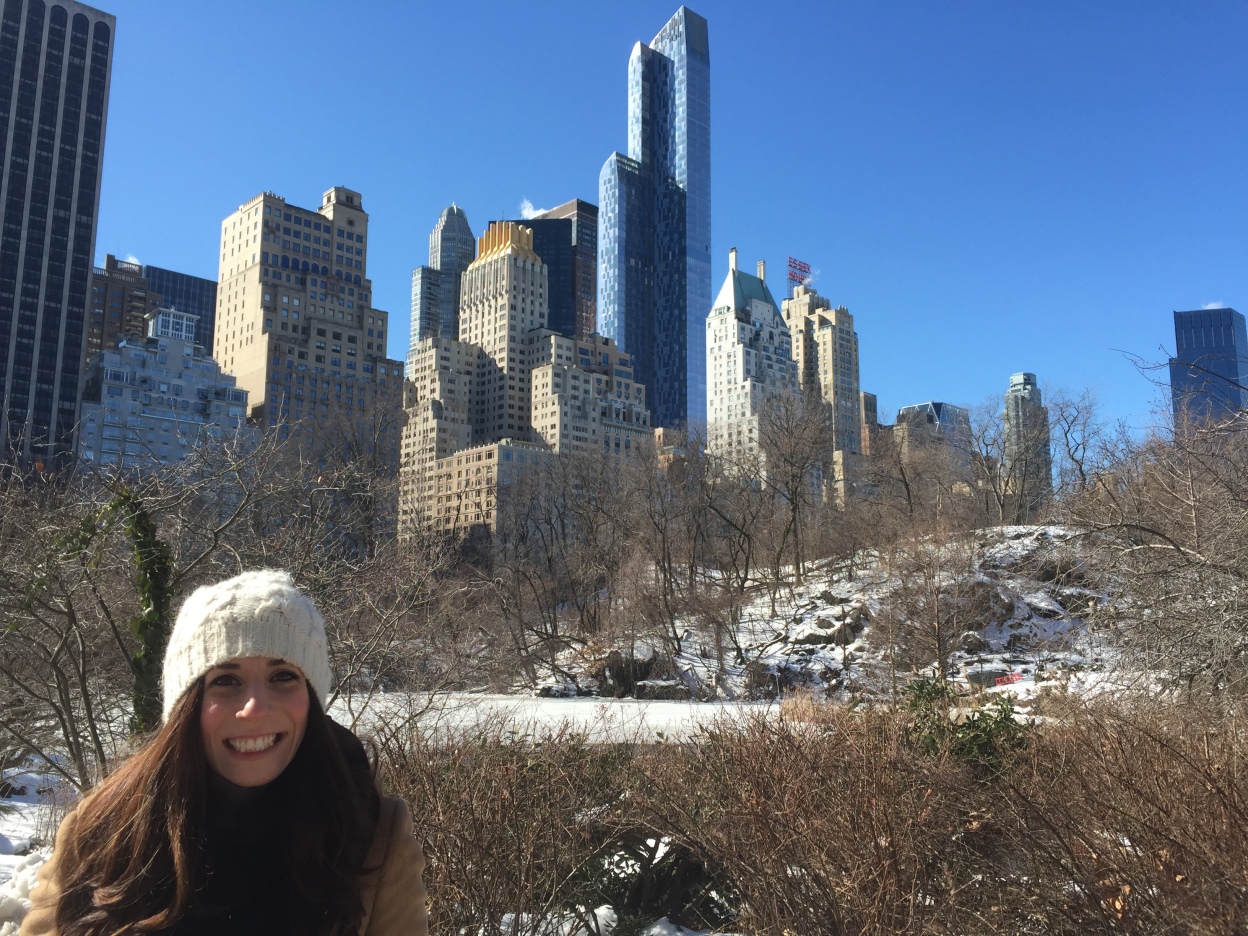 Refinery Hotel – I loved our hotel so much! It’s a new, hip, and luxurious boutique hotel located in Midtown (38th Street @ 6th Avenue), near Bryant Park. The location was ideal as it was central and we felt well-connected to the rest of Manhattan. The room was the perfect place to call home for a week, and the rooftop bar (Refinery Rooftop – open year-round) was a highlight and has an incredible view through the glass ceiling of the Empire State Building. Most nights before heading out for dinner, we would grab a drink at the lounge on the lobby floor and listen to live jazz, and at the end of the night before bed we would grab a nightcap at the rooftop bar. On the weekends late at night, the rooftop bar was clubby, and it was more casual during the week. Major props to the bartender who was happy to make me inventive, non-alcoholic cocktails so I didn’t feel left out. Lastly, one night after a show and it was freezing outside, we popped into the hotel’s restaurant, Parker & Quinn (a super casual diner-style restaurant) for a late-night bite and the food was really good.

I didn’t want to stay in Times Square because that seemed a bit too touristy and frenetic for my taste.  If you prefer to stay in SoHo (where we wound up spending a lot of time for food and shopping) my friend L suggested The Mercer, which looks lovely (but also quite a bit more expensive than The Refinery). OMG the food! I ate so much while we were there and because I’m expanding by the day with this whole baby thing, food became a focal point of my NYC research instead of the usual target: shopping. So… I got to test out a lot of places and I’m left with a list of places I didn’t have a chance to try this time that I must try the next time I go back.  **Pro tip: most NYC restaurants don’t start taking reservations until 30 days in advance (although some places, it’s 31 days, some it’s 28), and the popular places book up fast. As in I made a point of making my rezzos on Open Table at 9pm Vancouver time, midnight NYC time once the clock hit 30 days before.  I know it sounds intense and it’s not everyone’s cup of tea, but I’m glad we planned in advance and got to check out some really memorable places. 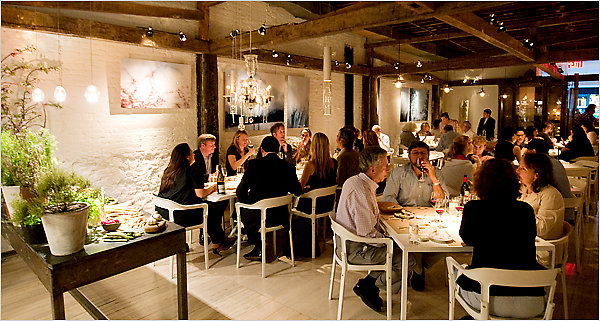 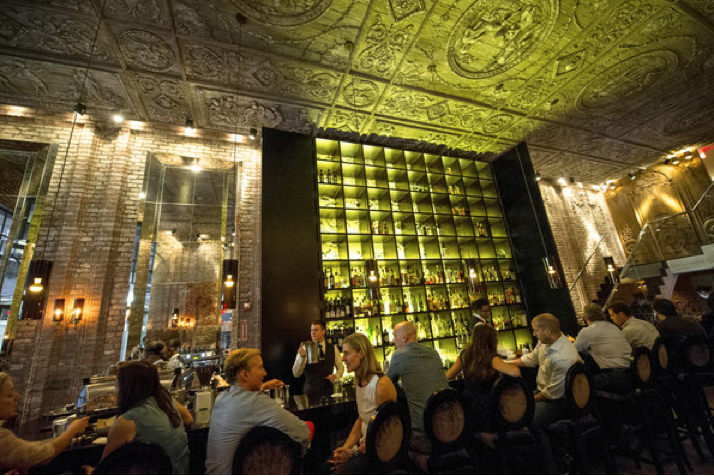 I’m still really wanting to check out Babbo (Italian, a Mario Batali restaurant that is supposed to be phenomenal and it’s the top of my list), the restaurant at the Nomad Hotel in the Flatiron District (we went to the bar here, which I liked), and Gramercy Tavern (farm to table, fine dining, a long-standing NYC institution).  Also, if you’re looking for NYC dining options, I always like checking out the Eater Top 38 lists before I head to a US city – they update the list every few months, and you might find something on here that appeals to you.

If you liked baked goods/sweets, I loved the gigantic cookies at Levain (Upper West Side). If cupcakes are more your thing, there’s Georgetown Cupcakes in SoHo and the famous Magnolia Bakery (multiple locations, expect a line up most times of day at most locations).  I also hear Two Little Red Hens in the Upper East Side is pretty phenomenal too – I ran out of time but it’s on my list for next time. 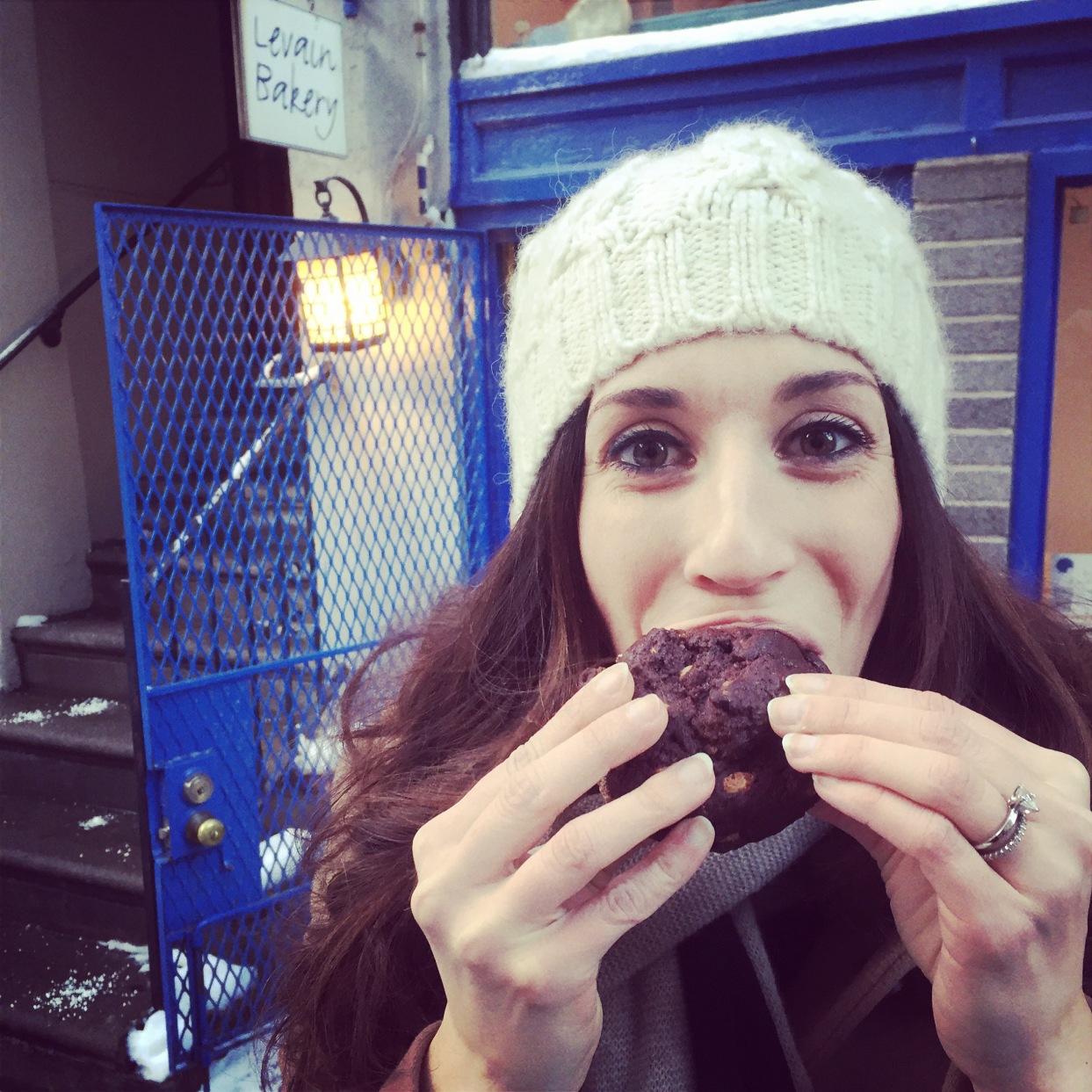 No morning feels right without a good cup of coffee.  I’ve temporarily switched to decaf, but that doesn’t make me any less picky about my morning Americanos.  The good news is that NYC has Blue Bottle Coffee! I first had Blue Bottle Coffee in San Fransciso in 2010 and have been a fan ever since.  Lucky for us, there is one right across from Bryant Park (54 West 40th St), so right near our hotel, and we went here every day.  They have multiple locations, including in Chelsea, Williamsburg (Brooklyn), by the High Line, and Rockerfeller Centre. Word on the street is it’s the best coffee in town.

As for booze, given my current situation, I can’t lay claim to know the best of the best when it comes to bars in this city. We did go to the Nomad Bar one night, and I liked it there and the Refinery Rooftop. Other than that, I think this is a subject I will need to explore further on my next trip… 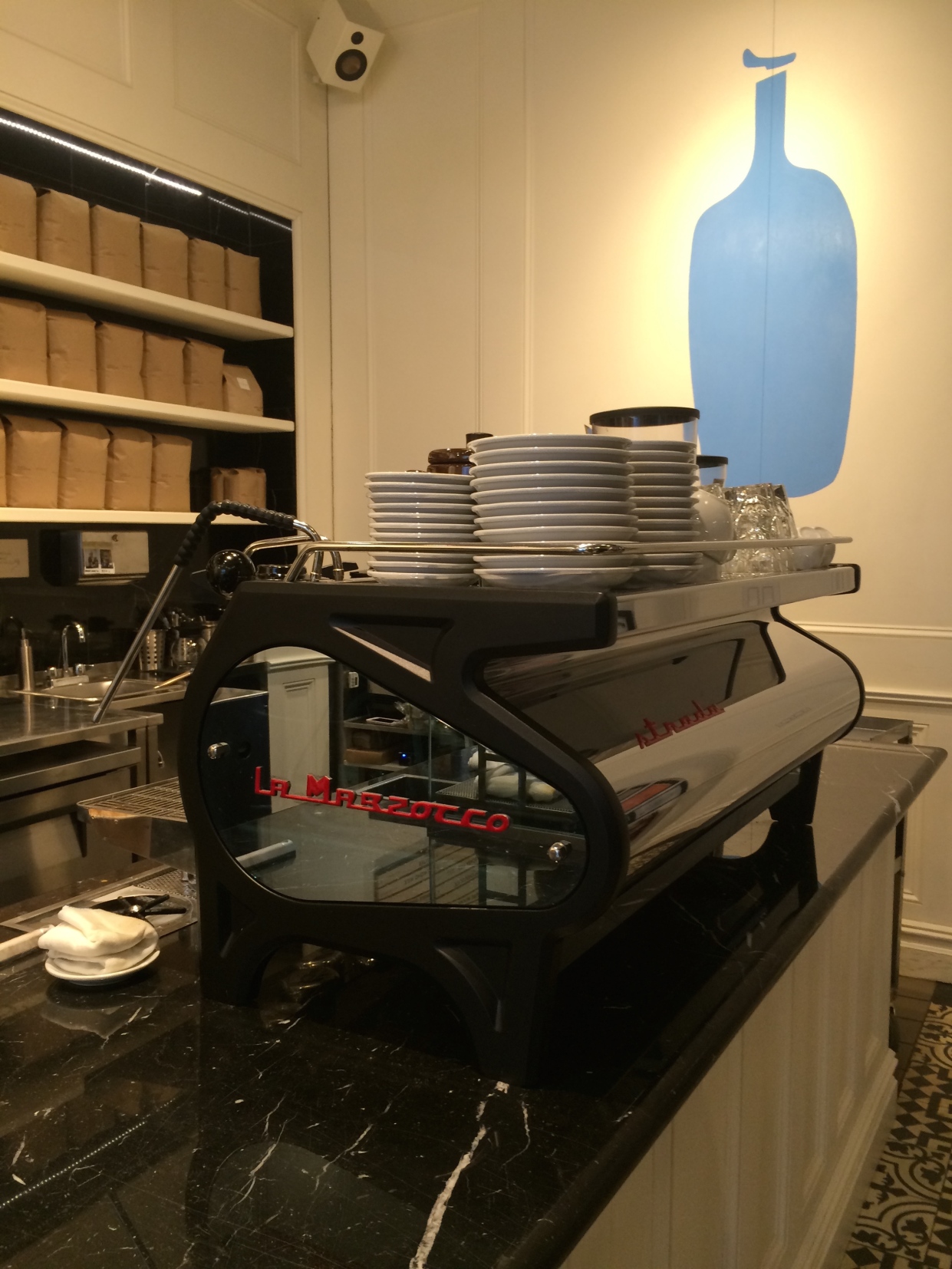 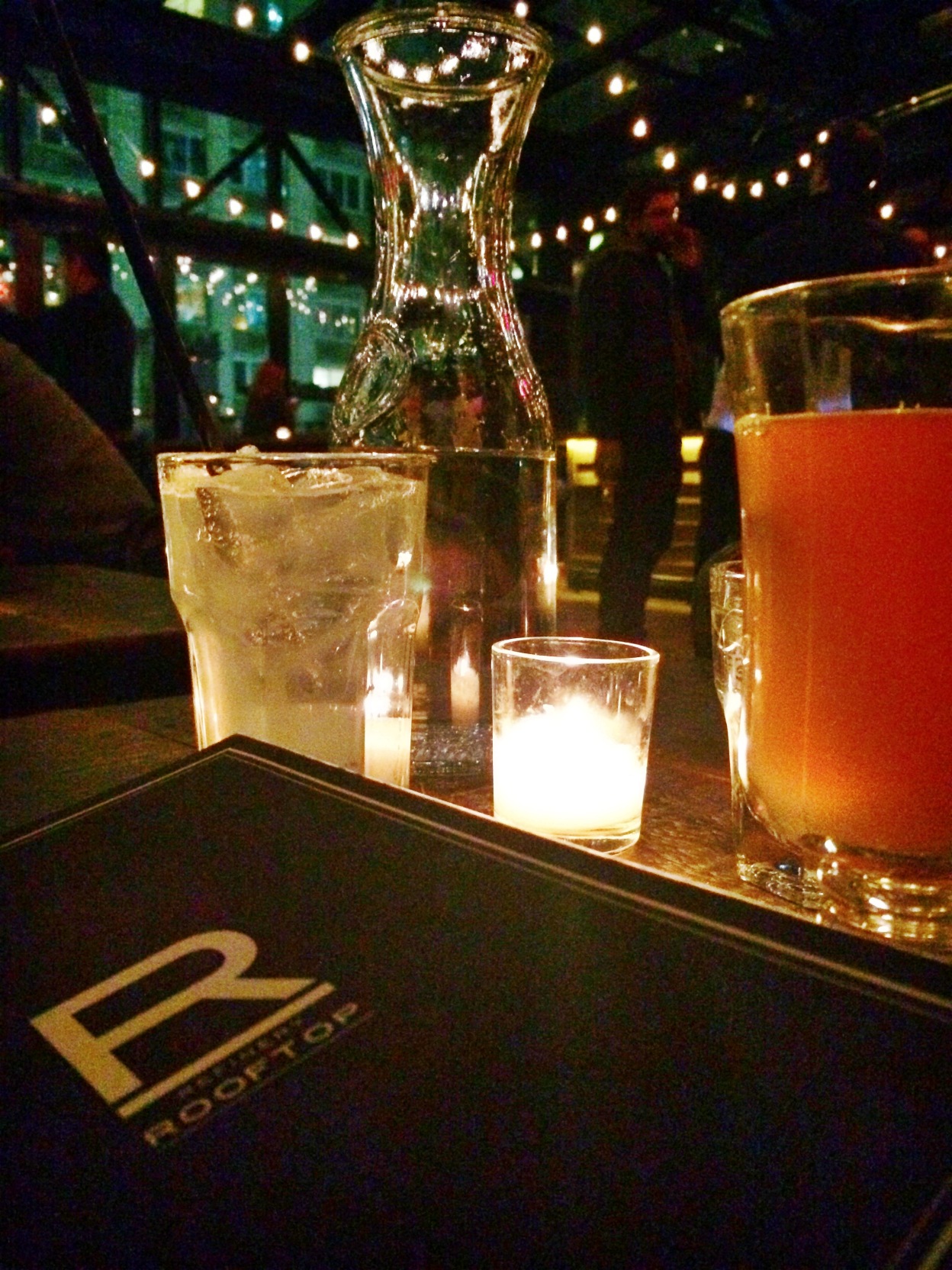 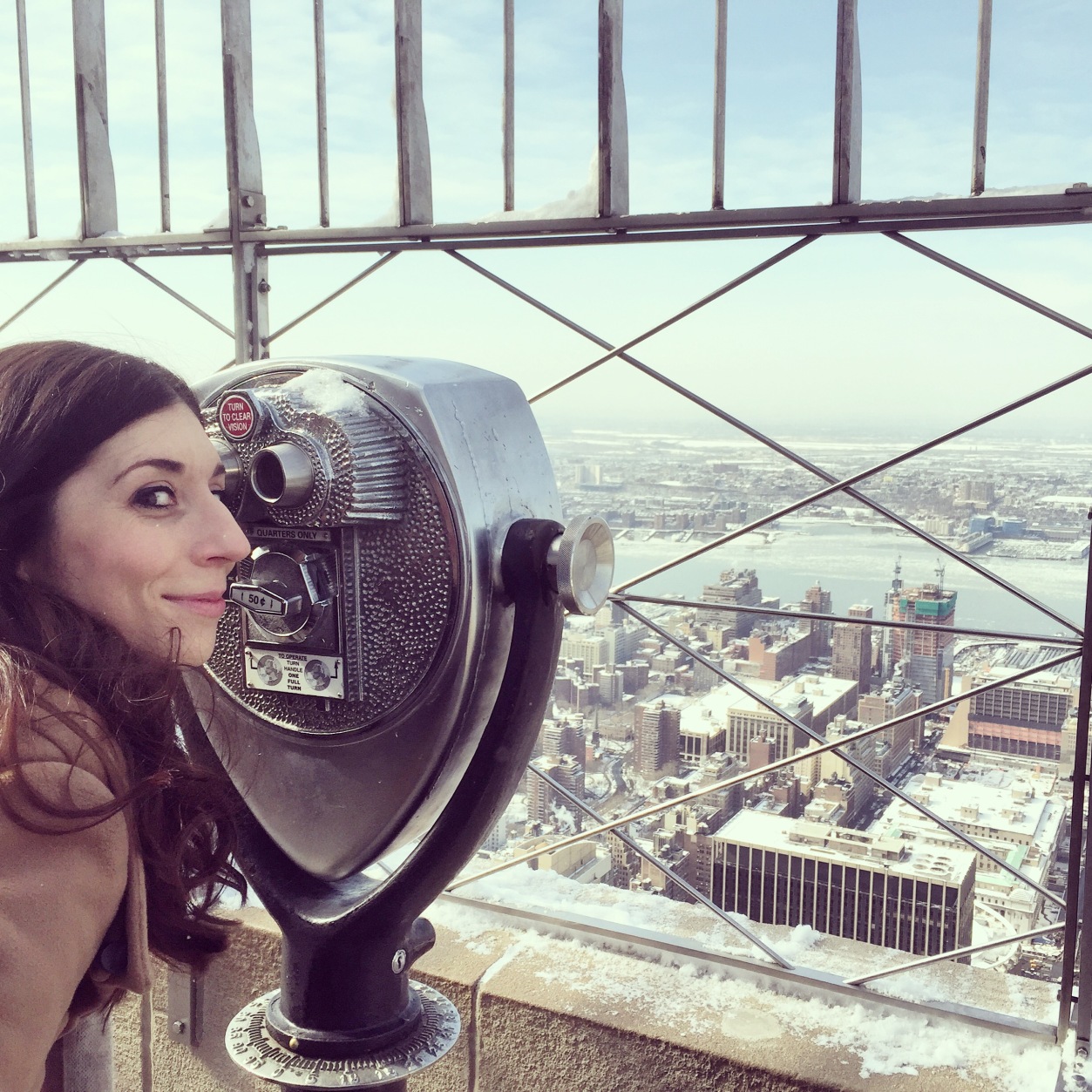 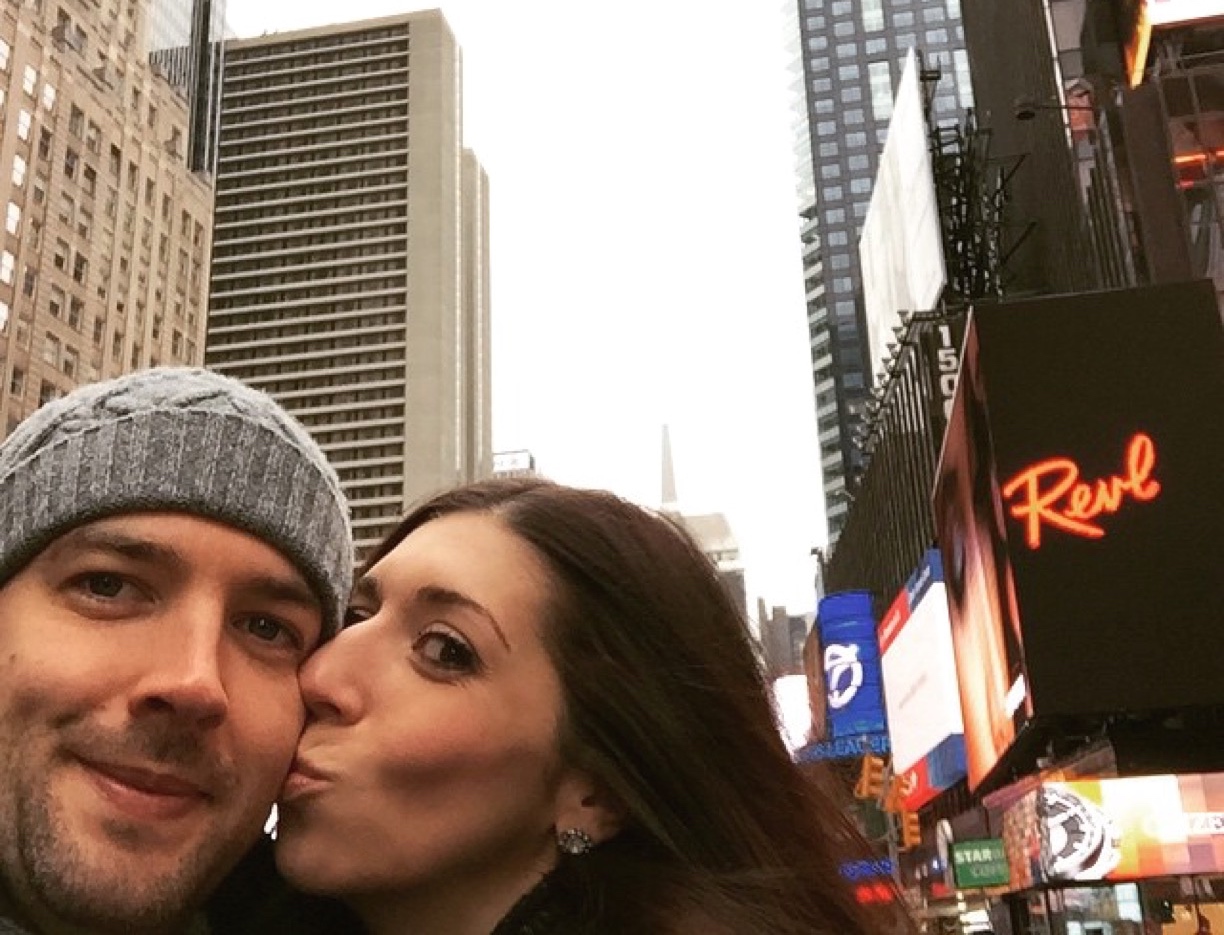 I’m so surprised that I didn’t shop til I dropped, but I don’t really feel inspired to shop right now.  I looked in some stores and got a sense of the shopping areas I liked are, but aside from buying Bean his first little outfit at Giggle in SoHo, I didn’t buy anything.  When I go back, I’m going to straight to the Meatpacking District, SoHo, and Bleecker Street in the West Village, and maybe the Shops at Columbus Circle (more info here) to make up for my lack of shopping on this trip. 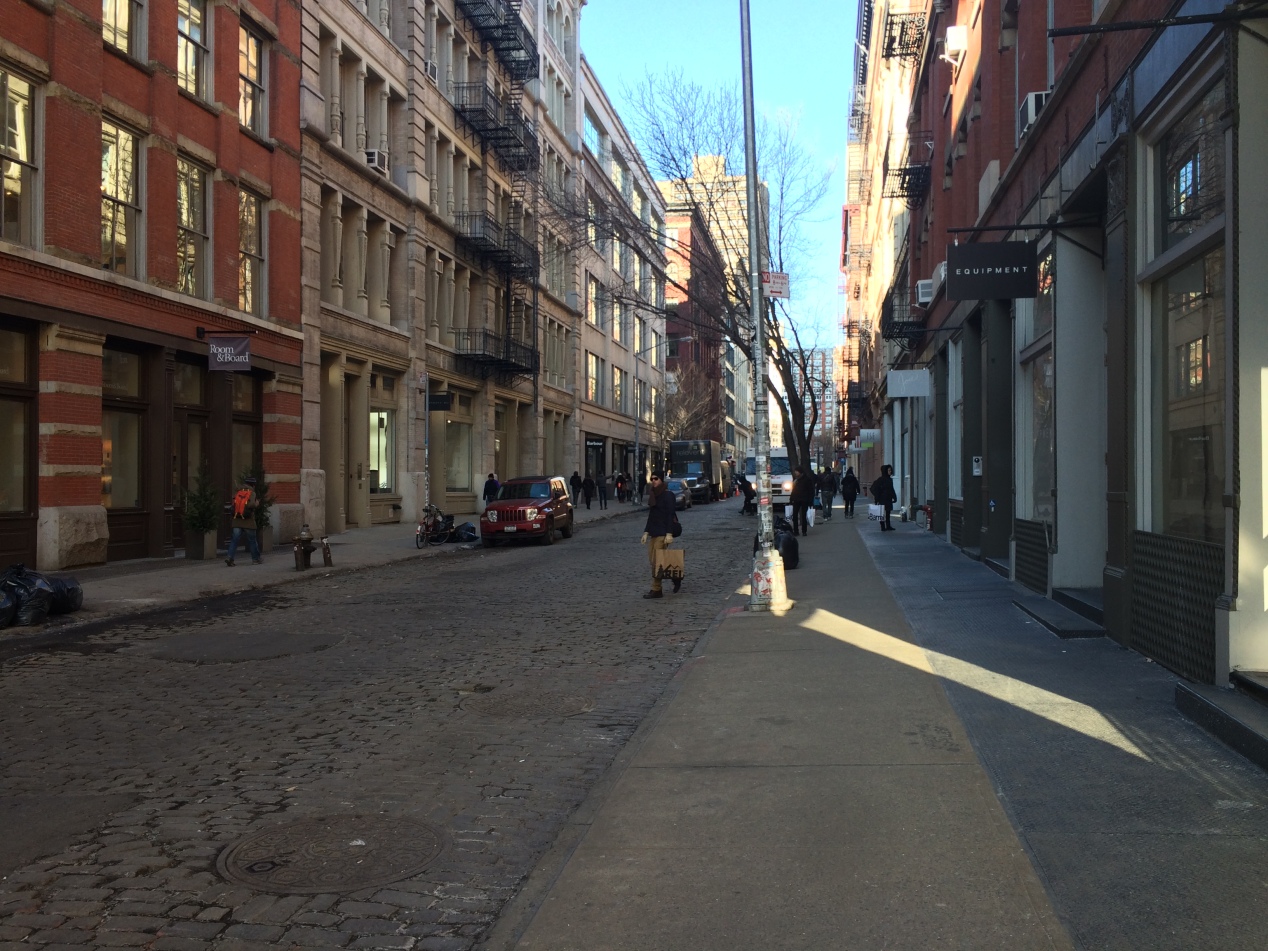 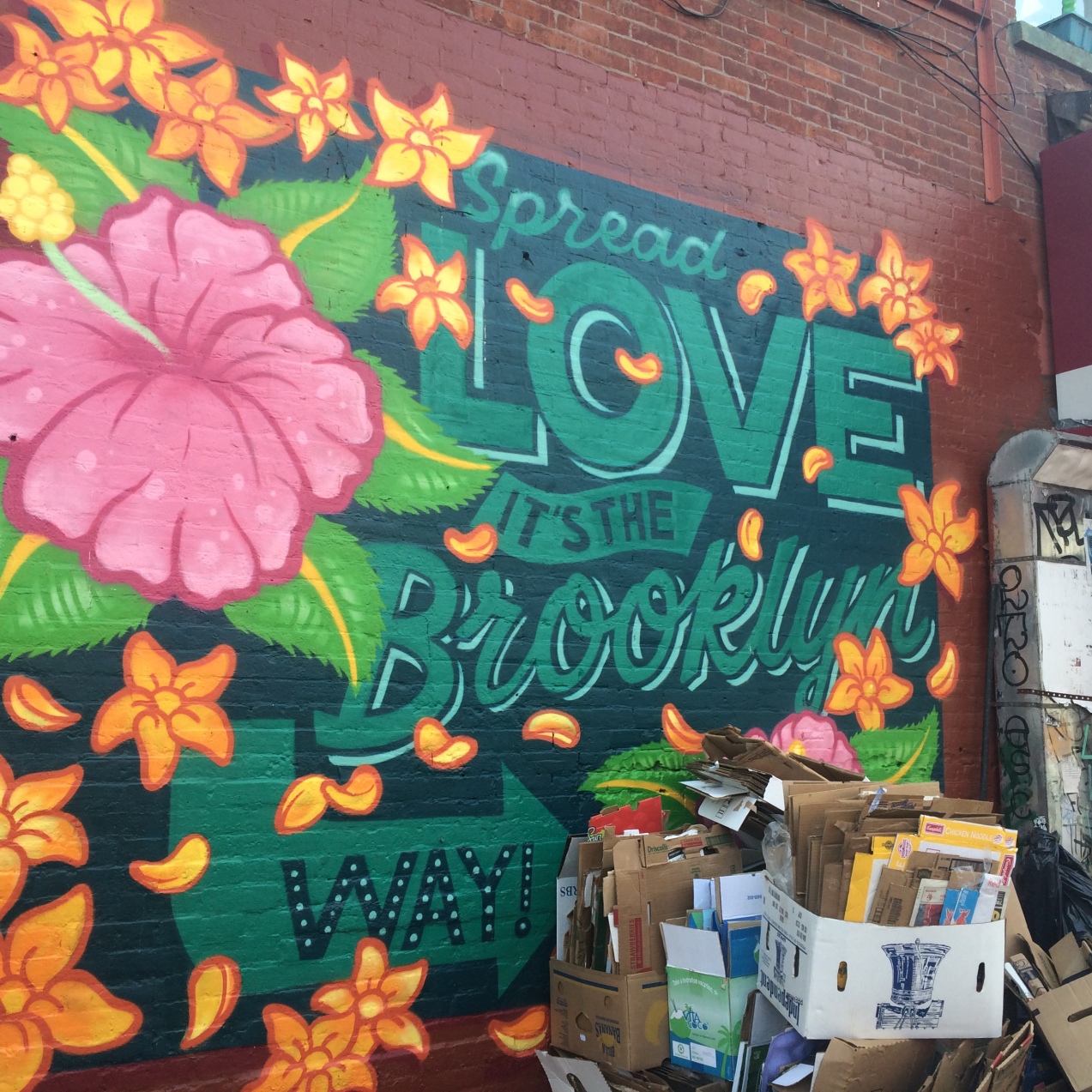 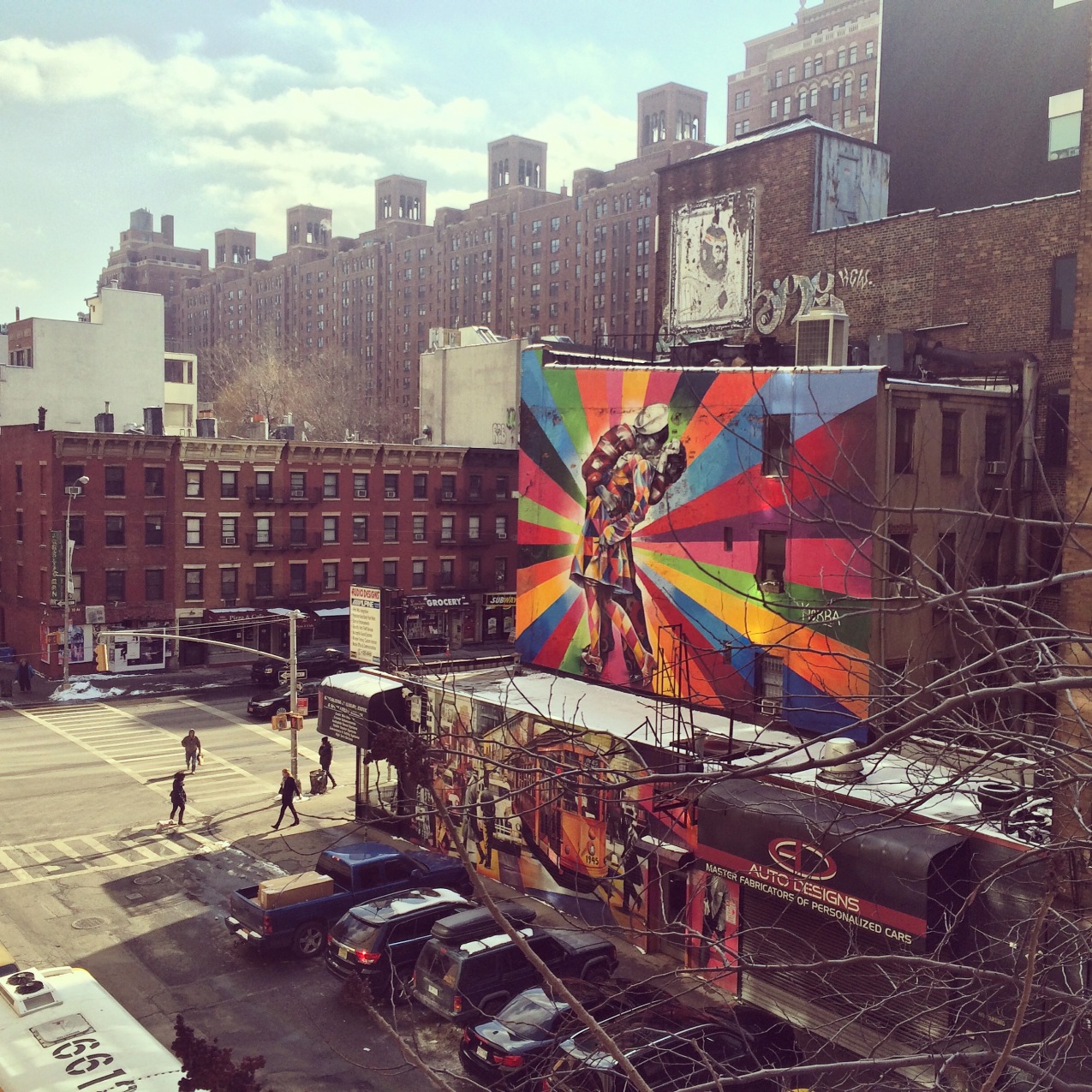 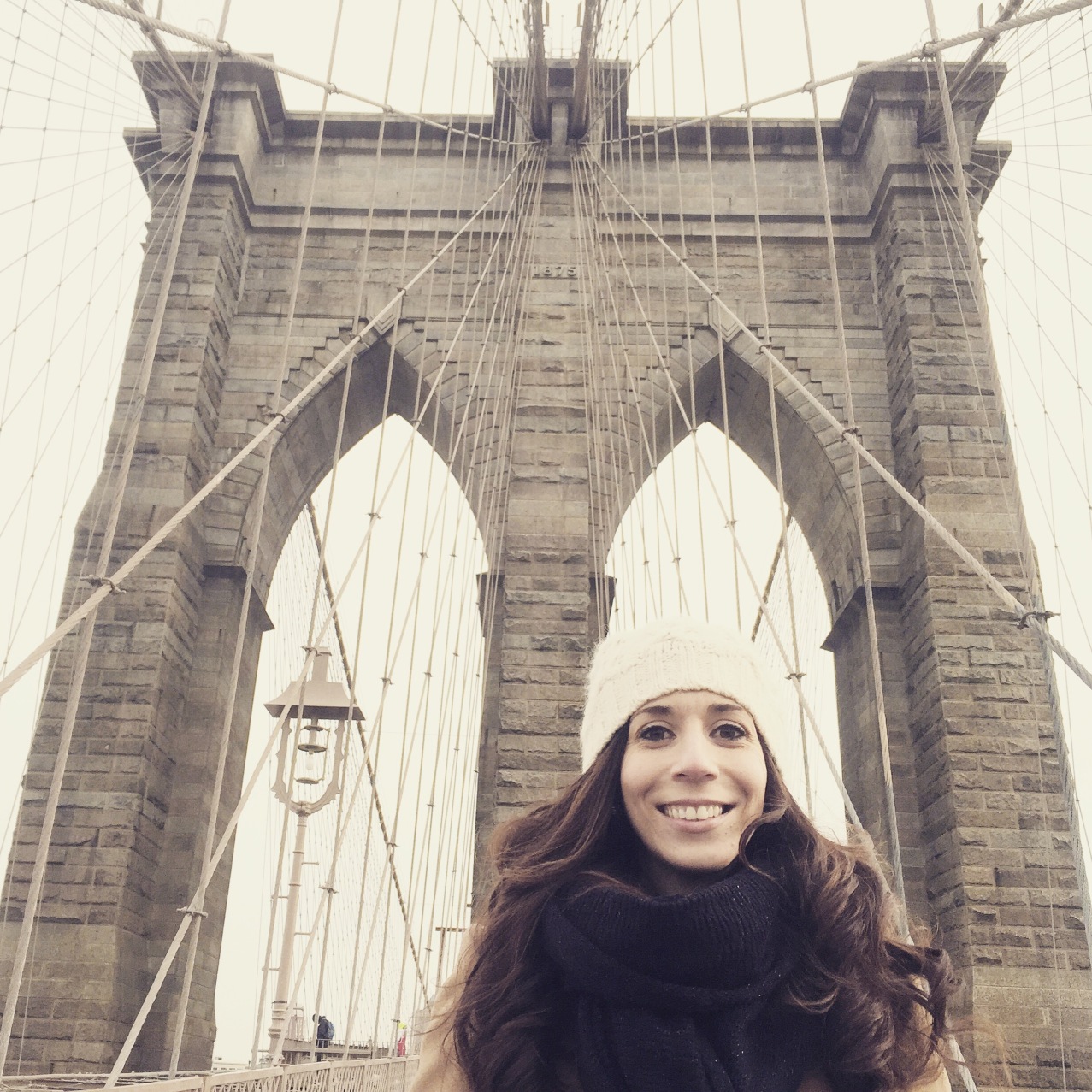 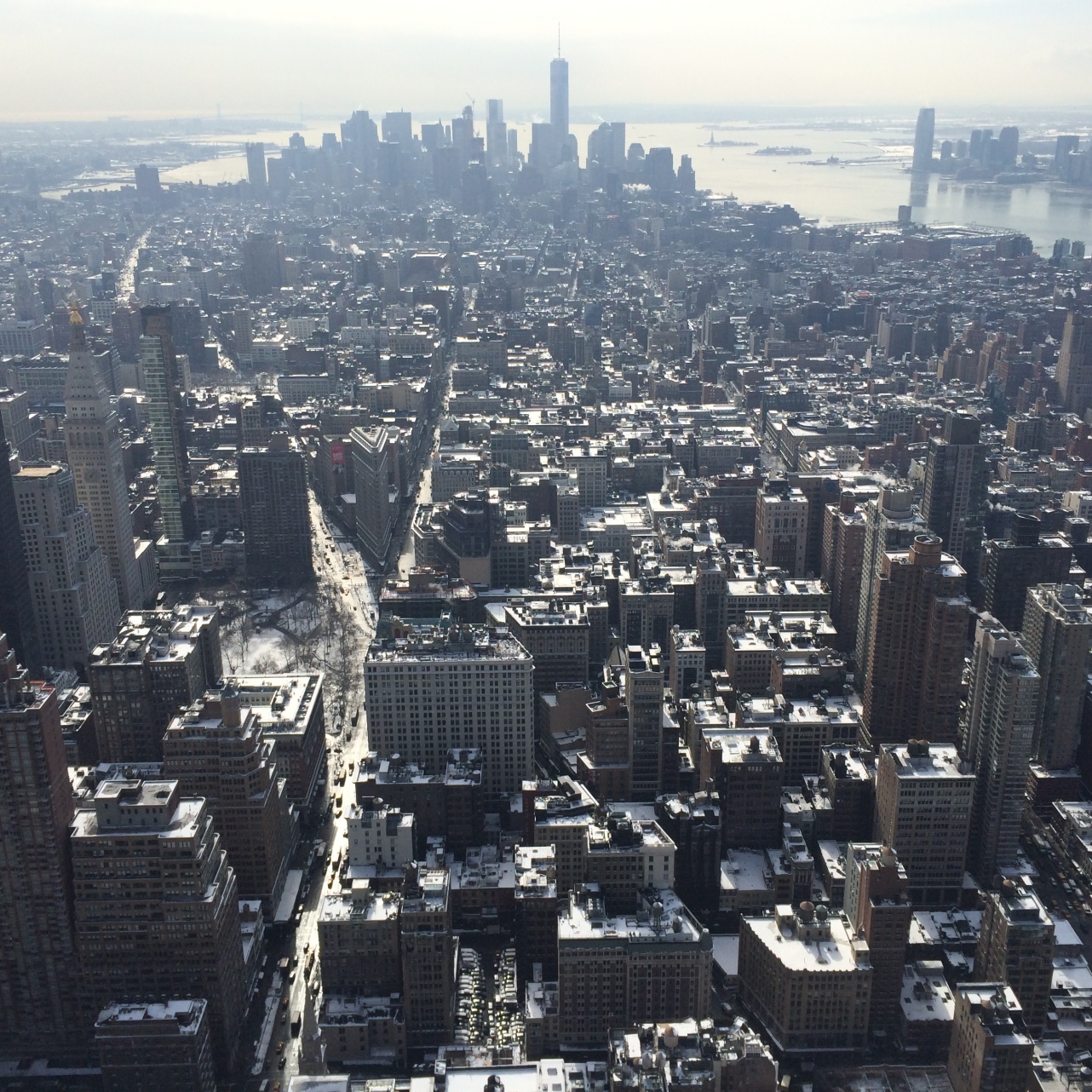 Not the most succinct post, but hopefully some of you find it interesting 🙂